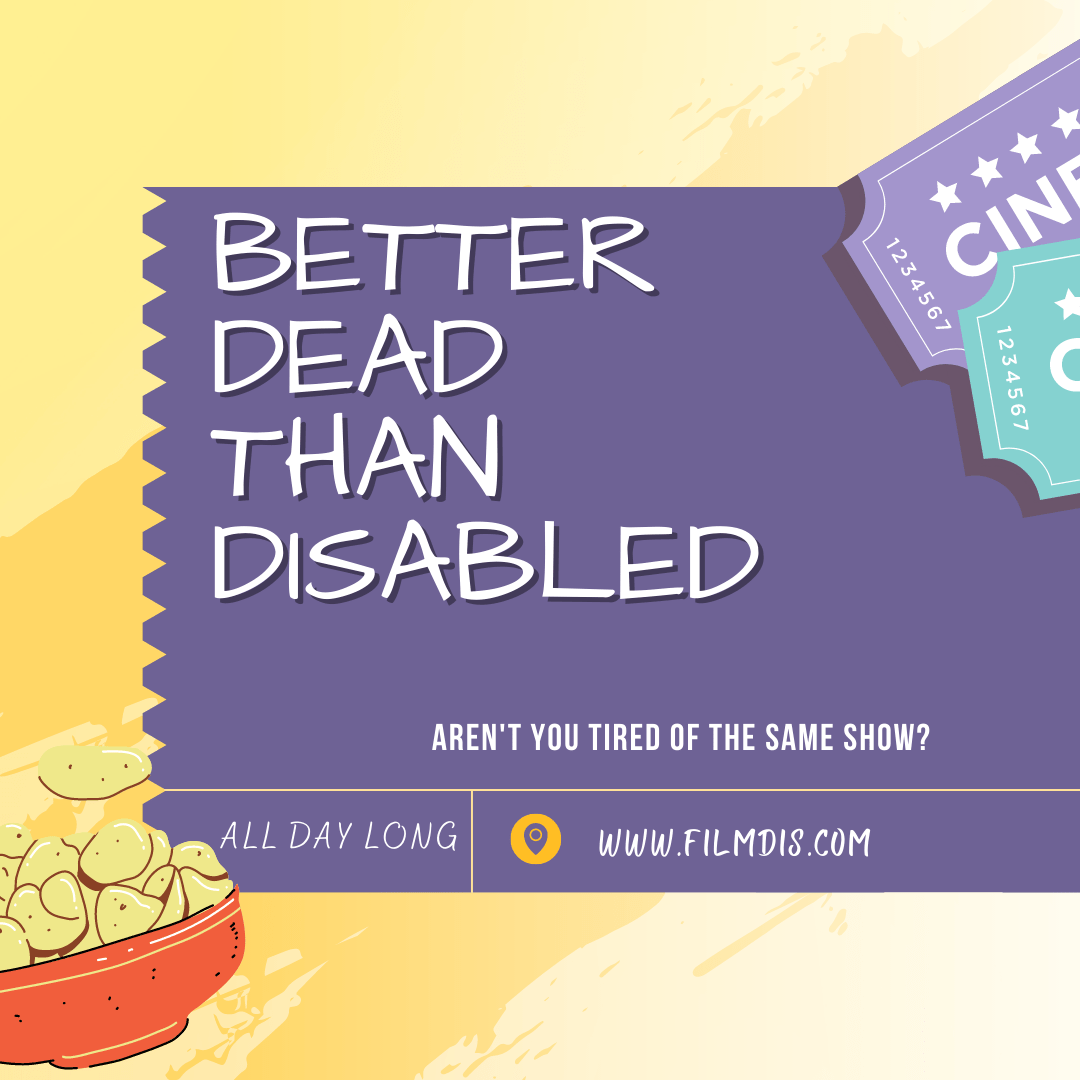 This article was originally written and posted by Dom Evans on their website on February 11, 2016.

Few films make me as upset as The Sea Inside. It has been years since the first time I saw the 2004 Alejandro Amenábar vehicle, which stars Javier Bardem, as a real-life disabled man named Ramón Sampedro, a Spanish man who believed it was better to be dead than disabled.

Rather than portraying disability in a way that would open up dialogue about why disabled people feel that way, and addressing the greater issue of how society views disability, the film is a testament as to why non-disabled people should pity the disabled community. This is especially true for those who are as disabled as Ramón Sampedro, and support his decision to end his life, even if his disability was not fatal, which it was not.

We look to film and television for how to treat others, how to understand others, and to learn about stories about people we don’t actually know. The majority of non-disabled people do not know someone with a visible disability. This is in spite of disability being the world’s largest minority community with numbers over 1 billion worldwide.

A lot of this is because disabled people have been kept away, out of public, essentially sequestered to the back bedroom, until the early to mid-20th century, when disabled activists started fighting for their rights to go to school, find employment, and anything else non-disabled counterparts were doing. If not stuck in the back bedroom, others were performing in freak shows, the objects of pity and awe…never of understanding or relatability. Still, other disabled people were institutionalized or locked away in other ways – kept out of the view of public. Out of sight, out of mind.

Around a century has passed, and society still doesn’t know how to deal with disabled people. Hollywood doesn’t know how to tell disabled stories, so it falls back upon tired tropes that often involve pity or awe. This trope is so common, many activists look out for it in any new forms of media that includes disability.

Even as the world becomes more tolerant of other differences, the pity narrative for disabled characters continues. The Sea Inside came out over a decade ago, and yet we still have not evolved enough beyond the harmful message embedded in this film.

Even as disabled activists fight to prove that our lives are worth living, assisted suicide has been discussed, and even approved, in states like California and countries like Canada. Such legislation puts disabled lives at risk, under the guise of letting terminally ill people die with dignity. Such films continue to uphold the narrative that disabled people deserve to be able to kill themselves, because being disabled is so awful. It doesn’t matter if the disabled person is dying. Suicide is still seen as a viable option, because people believe being disabled is a fate worse than death.

The latest film to take on the narrative that it is be better to be dead rather than disabled is a very disappointing film called Me Before You. It stars British television stars, Emilia Clarke and Jenna Coleman. Even more disappointing is the casting of The Hunger Games’ actor Sam Clafin, as a physically disabled man.

The trailer is filled with ableism, and many harmful disability stereotypes. Additionally, not only is the non-disabled actor cast as a cripple, he’s the worst kind of crip. He is pathetic, pity-inducing, and absolutely inaccurate to most disabled people’s reality. He makes you want to pity him and support him dying, “because it’s the right thing to do.”

The film is based on a romance novel by British romance writer, Jojo Moyes. If it is anything like her novel, then *******SPOILERS AHEAD******* we are looking at a film that sees a man with a disability who in spite of finding love, still kills himself, because life is not worth living if you have to live it in a wheelchair.

Edit: We have watched the film by this point and it is spot on to what the book portrays – so major harm to disabled people…

Of course, his disability is also a plot device for the true lead character, who actually benefits from his death. His disability and subsequent death because of it, allow her to go on living. She is able-bodied compared to him, so she is able to benefit because he leaves her the money she needs to have a successful life.

His death benefits her, and solves all her problems, so even if she loved him, it is better for her that he died.

You can see the trailer below:

The disability community is sick of seeing films where disabled people are misrepresented. Part of this is because we are not included, anywhere. We were not consulted for the script. A wheelchair user did not write the script. Even the main actor is a nondisabled actor, which prevents him from knowing how accurate his acting, how harmful his portrayal, and how inauthentic the script really are.

Without including the disabled voice, non-disabled Hollywood continues to make life harder for us, because this is all people see, and they assume it’s true.

I believe that if Hollywood showed more disabled actors, particularly wheelchair users, who we never see, and the stories were more reflective of the disabled experience, then people would believe disabled lives were worth living.

There is a huge difference between a debilitating illness, such as brain cancer, in the end stages, and a person with a disability who is not dying. There are lots of people with end-stage cancer who still don’t want to kill themselves – but they never see that narrative.

You can find success, love, fulfillment even if you happen to use a wheelchair. It is not the end of the world, and these films need to stop scaring people into thinking it is.

We cannot change the narrative about disability when these kinds of films continued to be made.

We cannot make better, accurate, disabled-inclusive films, so long as Hollywood is able to continue shutting us out. Often, performances in these kinds of movies are awarded by the institution, and disabled actors continue to struggle to find any type of meaningful work. If we are not even allowed to play disabled roles, who are we allowed to play? I only wish disabled perspectives were even considered, because until they are we will keep seeing films that continue to harm one of the most oppressed groups in the world. The disability community deserves better.

Liked it? Take a second to support Editor on Patreon!

The Disablist Nature of Desiring Perfection in Gattaca

Why The Normal Heart and Ryan Murphy Disservice...